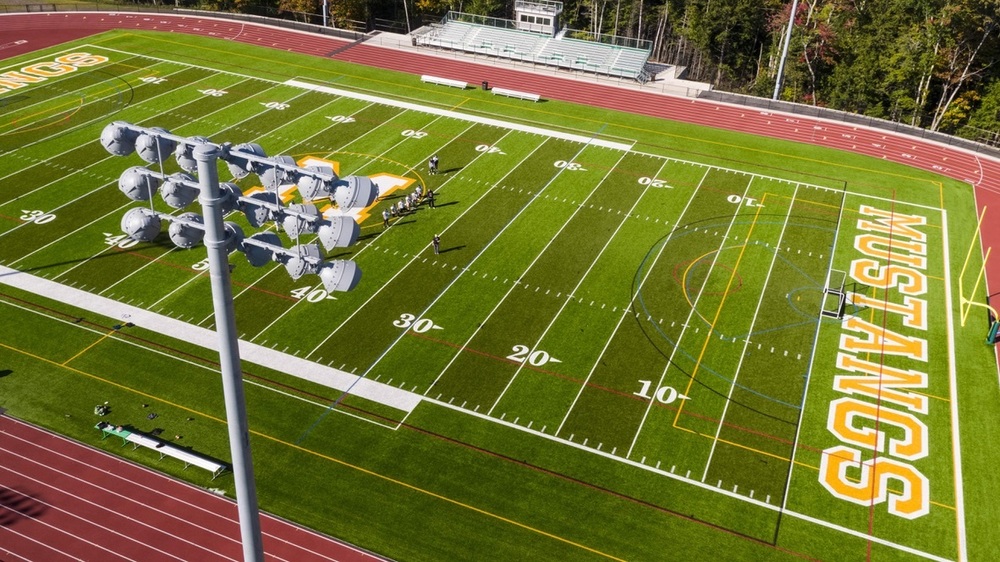 Lady Mustangs defeat Windham Eagles in the volleyball season opener Wednesday night. JV took the first 2 games to win 2-1. The team dominated the serving game & worked together to win the best of 3 contest.

Varsity continued the momentum winning the first 2 games 25-17 & 25-15. Windham surged back to take the third game 25-21 but the Lady Mustangs were not done. The team was led by strong serving from Bella Scott and hustle from setters Maddie Bors & Stefy Lovino to run the offense. String defensive efforts from Libero Abby Cummings to dig and blocks at the net by Emily Gary & Lexi Salisbury the Mustangs took the lead early & never looked back  winning the 4th 25-15 and giving the Lady Mustangs their first win of the season.